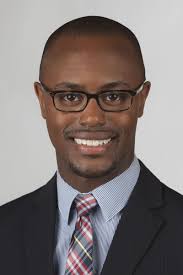 Layron Livingston has got a promotion to co-anchor of WPLG’S weekend morning newscasts.

His move comes as he observes four years with the Graham Media Miami station.

The Texas native started his tv career in Austin.

From there he moved on to WRC as a writer/researcher in Washington, DC and then on to WHIO in Dayton, OH as an anchor- reporter.

The next step was landing in Miami.