By now we should be accustomed to overblown headlines that don’t really reflect the story – headlines that are more about generating clicks and views than in conveying any factual information.

It’s always been that way in the news business – particularly in the tv news business where those little four-second blurbs throughout primetime promised much to get you to stay up until the late newscast – and ended up making you feel cheated and betrayed.

We are reminded of one such tease that aired on a Cleveland station back in the days of yore:
“Dozens killed in Shoreway accident.”

Tuning into the late news, you found that the “dozens killed” were chickens being transported in a tractor-trailer that overturned. 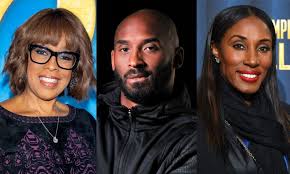 So with the Gayle King story in which she “ripped,” “lashed out,” “blasted,” and generally “tore into” her fellow CBS colleagues over a promo of her interview with the woman friend of the late Kobe Bryant.

One would think the Black Rock swear jar was filled as the result of King’s reaction to an excerpt of her interview with former WNBA star Lisa Leslie in which she asked Leslie about a 2003 sexual assault allegation against Bryant.

Sure she was angry because the clip – which was to entice viewers to dial up in anticipation of more Kobe dirt – was far more wide-ranging than that.

“If I had only seen the clip that you saw, I would be extremely angry with me too. I am mortified, I am embarrassed and I am very angry. Unbeknownst to me, my network put up a clip from a very wide-ranging interview,” she said. [It was] “totally out of context and when you see it that way, it’s very jarring.

“I’ve been advised to say nothing, just let it go. ‘People will drag you, people will troll you. It will be over in a couple of days.’ But that’s not good enough for me because I really want people to understand what happened here.”

For its part, CBS is suitably contrite:
“Gayle conducted a thoughtful, wide-ranging interview with Lisa Leslie about the legacy of Kobe Bryant,” the statement said. “An excerpt was posted that did not reflect the nature and tone of the full interview. We are addressing the internal process that led to this and changes have already been made.”

The tabloids and cable “noise” had a field day with what we think is King’s passionate defense of her work.

Newspaper reporters have always griped about what the headline writers presented their work.

TV reporters did the same over the promotion department’s breathless productions – especially during sweeps.

The only thing missing from the headlines over the King-Kobe-Leslie kerfluffle is “King speaks out.”

Like “ripped,” “blasted,” “lashing out” and “tore into,” the phrase “speaks out” needs to be consigned to the trash heap of tired and stupid journalistic come-on cliches.

Oh, and for the record, we likely won’t watch her interview with Leslie.

Exploiting a tragic death with endless interviews of people who knew, or heard of, the victims is a ratings ploy we tend to avoid.