Back in the 90’s and early 2000s, Bob Sellers was a familiar face, popping up on CNBC and Fox News Channel before he abandoned his national profiled and went local in Washington DC and Nashville. 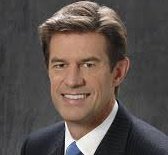 They are thrilled at Newsmax.

Since leaving television 12 years ago, Sellers has been managing director of Message2Media, in Nashville.