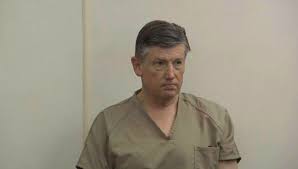 The sentencing for former WBNS chief meteorologist Mike Davis has been rescheduled.

Davis faces up to 29.5 years if he’s sentenced to prison.

Originally set for today, the new date was moved to April 15 .

His attorney argues Davis, who was arrested last September,  used pornography in an attempt to self-medicate after suffering for years with many mental health issues, including severe depression and anxiety.