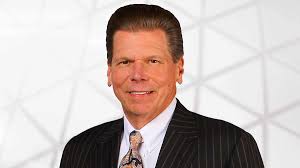 Heston, whose successor will be named at a later date, caps a career in television broadcasting characterized by news leadership, quality local programming, and tireless advocacy for broadcasters’ community-service mission. It began in the 1970s and took him, prior to California’s Central Coast, to Hearst TV stations in Boston, Pittsburgh, and Baltimore.

“How fortunate I am to have had more than three decades with Hearst,” Heston said. “I have been blessed to work with so many creative and talented people throughout the years, at great local stations and at the corporate level.”