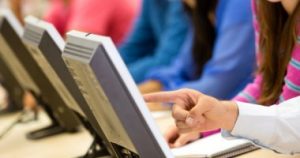 There have been a lot of negatives emerging in the world of race relations in America in the last few weeks – but in the right light, you will find the glimmer of a several diamonds in the albeit, very rough.
The racial make-up of the Black Lives Matter movement is more diverse than ever, and it’s reaching more mainstream levels than ever.  Another example is the open dialogues that are taking place in workplace environments, exposing racist or bias tendencies that previously went unreported.   Now is clearly the time.
The newsroom is no exception and Neiman Lab is taking note and taking notes:
Over the last week, journalists of color have been talking about the racism and discrimination they’ve faced while working in newsrooms.

Many journalists have shared their stories on Twitter, often risking job security and violating NDAs to do so. One story is one story, but as the stories pile on top of each other, it becomes obvious that racism in news media is institutionalized across the United States — from newsrooms large and small, in towns and cities, at legacy publications, television stations, and digital startups.

Nieman Lab is amplifying these stories in this thread, which we’ll continue to update indefinitely. Please read and if you’d like to share your story or point us to one you’ve already shared, we’ll add it to the thread.