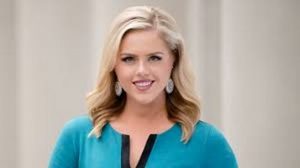 Victoria Price, weekend anchor and reporter at Nexstar’s KARK/KLRT in Little Rock, AR, is headed for Florida’s Gulf Coast and another Nexstar outlet.

After three years, Price is headed for WFLA in Tampa, FL, where she will sign on later this summer.

And ah yes, the bittersweetness of it all.
“It’s so bittersweet to leave my #team20 fam…but I can’t WAIT to see what this new chapter has in store,” she tweeted. “Woo pig, y’all. Now…let’s go make some waves!”

Price worked as a morning anchor and reporter for two years before becoming KARK’s weekend anchor in 2017.

She came to Little Rock from Nexstar-operated KAMC News in Lubbock, Texas, where she was weekend anchor and a weekday reporter.