Broadcast and cable networks have made adjustments to their schedules for tonight’s prime-time rollout of Mr. Trump’s choice for the Supreme Court vacancy. 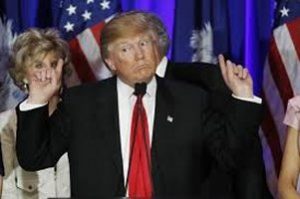 As with the selection of Neil Gorsuch to the Supreme Court, and several season’s worth of “The Apprentice” finales,  the administration is taking extraordinary measures to build suspense and keep the final selection under wraps for as close to the announcement as possible.

In the case of Gorsuch, he and federal appellate judge Thomas Hardiman were the established favorites, and there were reports that the White House had both travel to DC for the announcement to keep suspense high.

Hardiman is again said to be on Trump’s shortlist for the President’s second pick to the nation’s highest court within 18 months.

We trust he bought a round-trip ticket and got reimbursed beforehand.

If you’re looking for a reasonably sober assessment of the nominee….stick to broadcast.

If you like people yelling over each other got to CNN.

And if you are into fawning sycophancy you might try….

What are we telling you for? You already know this.