Only time will tell if getting booted from a public Rose Garden event is good for your career.

But it sure as hell raises your profile. 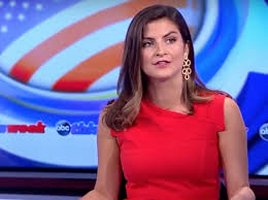 Reporters continue to line up to support CNN White House correspondent Kaitlin Collins after the administration barred her from covering an open press event in the Rose Garden Wednesday.

The White House, personified by longtime Fox News harassment enabler Bill Shine, now in the WH communications office and Sarah Sanders, chief Administration apologist, said Collins was barred from the event – featuring Jean-Claude Juncker, the president of the European Commission – because she shouted “inappropriate” questions at the president during an Oval Office photo op earlier in the day. 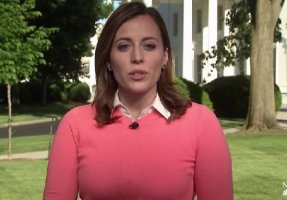 “Any reputable journalist in her place would have done exactly the same thing,” NBC News Chief White House correspondent Hallie Jackson told “Morning Joe’s” Willie Geist. “I certainly would have. Anybody that I know here at NBC would have asked those same questions too. The bottom line is this is almost unprecedented. It is inexcusable for the White House to make this move. It won’t be tolerated by members of the White House press corps I will tell you that.

In truth, reporters shouting questions at the president during a photo op is nothing new.

It is part of the routine, so what were Shine and Sanders up to?

In addition to CNN, the White House communications department has come under fire from journalists employed by other news organizations over the past 36 hours.

Some of the critics hail from the news division at Fox News.

“We stand in strong solidarity with CNN for the right to full access for our journalists as part of a free and unfettered press,” Fox News president Jay Wallace said in a statement

The circus division of Fox News, exemplified by the dotard Lou Dobbs, Sean Hannity and the denizens of the kurvy kouch either disagreed with Wallace’s statement of support or, uncharacteristically, kept their mouths shut.

As for the grumblings about the disrespectful, left-wing press from the usual suspects, let us note that Collins came to CNN from “The Daily Caller.”

Which is about as far as you can get from the left-wing without entering tinfoil-hat territory.