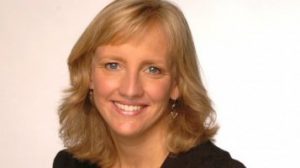 Four months after she left ABC News as a producer/reporter for the investigative unit, Stephanie Zimmerman is returning to the Chicago Sun-Times next month.

Zimmerman left the Sun-Times back in 2012 to join ABC News.

Of course, the paper is thrilled
“Stephanie’s work when she was at the Sun-Times was always top notch, and her work at ABC has made her an even better journalist,” Sun-Times editor-in-chief Chris Fusco said in a statement. “We’re thrilled to again call her a Sun-Times staffer and look forward to seeing her produce stories that continue to differentiate us from our competition.”