The endless “drip-drip” drain of Univision executives and talent continues 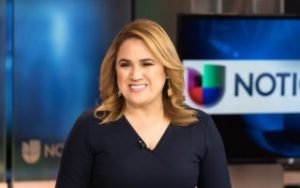 with the layoff of Merijoel Durán, morning anchor at WXTV Univision 41 in New York.

Durán’s position was eliminated as part of the recent company restructuring reported at the end of July, but her exit was not made effective until this past Tuesday.

AFTER she anchored the morning show.

Durán had been the longtime anchor of “Al Despertar,” the station’s morning newscast.

She joined the station in 1999 as a freelancer after five years at WNJU Telemundo 47.