A former Milwaukee television reporter has reached a plea deal for punching a reporter from another station at a Brewers baseball game. 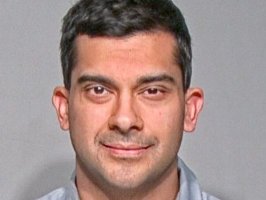 Bayatpour was charged with battery over an April incident at Miller Park when police say he broke the nose of another man who was demanding an apology to his fiancée.

If Bayatpour follows the terms of the deal, prosecutors will amend the charge to disorderly conduct, a misdemeanor.

Ben Jordan, a reporter at WTMJ was at the April 6 Brewers vs. Cubs game with Madeline Anderson, a reporter colleague of Bayatpour at WITI.

Moral: Stay the hell away from colleagues and competitors at ball parks if you’re going to drink too much.