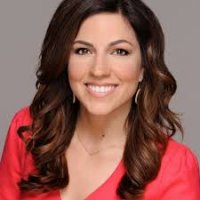 Emily Florez, a reporter and sometime news anchor for NBC’s WMAQ in Chicago won’t be returning from maternity leave after all.

She’s been on that leave since February.

Florez announced on Facebook that she and her family are headed home – home being Salt Lake City, UT.
“[B]etween being a working mom in a demanding career that I love, raising two precious kids, and having a husband with an heavy travel schedule, my family and I have decided to simplify. We are moving back “home” to Salt Lake City, Utah to be near family.”