The revolving door keeps turning at NBC Sports Philadelphia where the latest exit is Rob Ellis. 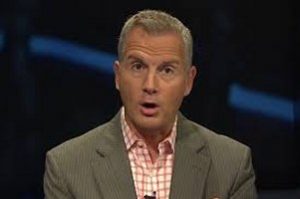 Ellis spent the past 17 years at NBC Sports Philly and its predecessor Comcast Sportsnet.

His contract was not renewed, as he tweeted out over the weekend.

Ellis kept busy in multiple roles at NBC Sports Philly, which included acting as an on-air host and writing columns for the network’s website.

Sunday afternoon, as the axe was descending, he even anchored NBC Sports Philadelphia’s pre- and post-game Phillies coverage.

Less reporting, more shoutfests appears to be the new formula for the regional cable outlet.