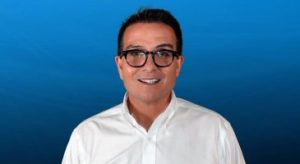 For the past 15 years, “Get Marty” has been a signature consumer advocacy franchise for CBS-owned KDKA in Pittsburgh.

Reporter Marty Griffin left the station at the end of the July for the much-cited “other opportunity” and of course, the station “wished him well”

The “other opportunity” is something called sparkt.com/ which, we are told, is “building a next-generation social media company where good stories point to good deeds.”

Griffin continues his mid-morning weekday talk show on KDKA-AM – no longer associated with the television station, but a separate entity owned by Entercom.