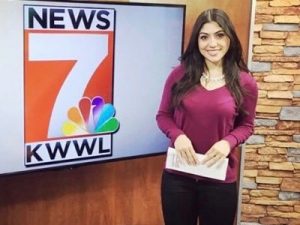 Attorneys for Elizabeth Amanieh had asked the court to dismiss the case, saying that another judge’s order regarding cameras in the courtroom overruled presiding Judge Linda Fangman’s verbal order prohibiting video of the proceeding.

Soules was arrested for allegedly leaving the scene of an April 2017 crash that killed Kenneth Mosher.
The Buchanan County Attorney’s Office filed the complaint alleging Amanieh shot video with her cell phone in court after Fangman said she would allow still photos but not video.
Amanieh then denied shooting video when confronted by the judge, according to court records.
A video from the court appearance was posted on the KWWL website later that day.

It is currently set for a hearing later this month.