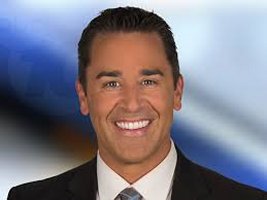 Our West Coat sources tell us that Jason Martinez recently showed up at CBS-owned KCBS in Los Angeles for an anchor audition.

He is currently the morning anchor at Scripps KGTV in San Diego, where he’s been for the past three years.

Evidently, Martinez is being considered as a possible replacement for the recently-departed Rick Garcia, who was taken off the air last March and then…..just….melted…away..

Martinez, who returned to Southern California in 2015 from a stint at Berkshire Hathaway’s WPLG in Miami had a previous go-round in LA.

Back in 2009, he resigned abruptly after just nine months at KTLA

Martinez had been tapped to anchor during the week at 6:30 and 10 p.m., but then was bumped to weekends.

Rumors that were never confirmed surrounded his quick exit.

Shortly after that, he made one December 16, 2009 appearance on Denver’s KUSA as a reporter and then vanished.

When questioned at the time, then-news director Patti Dennis tersely said “I can’t talk about that.”

We’re sure others are showing up to audition. This one just stood out to several observers.