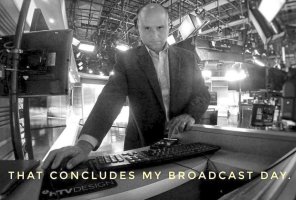 We told you a little over a month ago that WTAE weekend forecaster Ray Petelin was headed for the door.

His contract with the Hearst station In Pittsburgh was not renewed.

He signed off for the last time this week, but not before the station wrung every last bit of air time out of him as several other meteorologists at the station burned off vacation time over the past few weeks, giving him lots of weather hits to choose from for his reel.

Petelin said he plans to continue with regular Facebook weather updates, much as he did during his time at WTAE.