This is why social media was invented – to give all of us the opportunity to get into pointless arguments with complete strangers. 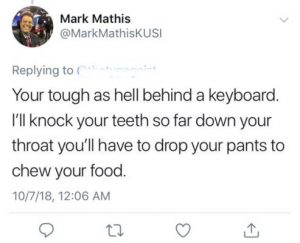 Mark Mathis is the meteorologist for McKinnon’s KUSI in San Diego, where he’s worked since June of 2014..

We hear through our sources he’s been given some time to cool down and reassess his personal social media policy after an extended exchange with another Twit. 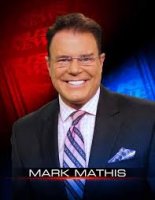 Dallas and most notably, in the early aughts at WCCB in Charlotte, NC where his then-news director Ken White said Mathis has had control issues in the past.

“He’s like Rambo sometimes,” White said. “He doesn’t know when to stop.”

At the time, Mathis was serving a one-month suspension for making fun of the way some Carolinians talked.

Somewhere short of threatening to knock someone’s teeth down their throat.