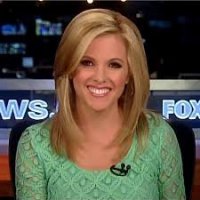 Sometime in the past couple of months, Elizabeth Prann quietly left Fox News by a side door, ending a long association that began with her in a production assistant role in 2006 and ending with a nearly 9-year tenure as a reporter and host with the cable channel.

In the middle of that, she worked in Panama City, FL as a reporter and anchor.

She turned up this week on CNN Headline News, anchoring “On the Story,” one of the rebuilding blocks for the network that recently obliterated much of its NY and LA-based live programming.

Prann is working out of Atlanta for her new job.