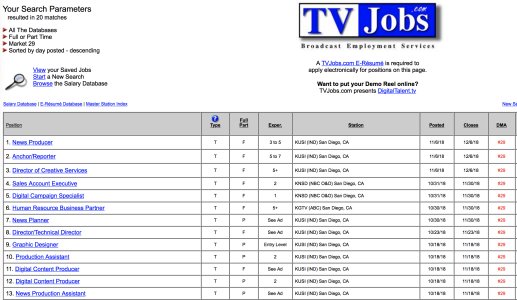 Evidently a lot of people want out of KUSI in San Diego if the list of station job postings is any indicator.

Eight people have exited in just the past two weeks and we are hearing that at least three to four more would like to follow as quickly as possible.

There are, at this writing, ten open positions at the McKinnon-owned station. 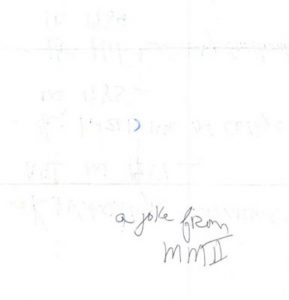 We’re told that several dozen people have been called in to HR to be asked about what is being called “The Rape Joke”, allegedly written by gm Mike McKinnon that news director  is said to have left on the assignment desk in general view “…as a joke from Mike McKinnon II.” 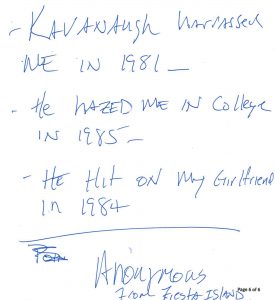 This is the handwritten letter the HR boss Sally Luck acknowledges was written by McKinnon and reportedly has female staffers boiling mad.

It references Supreme Court Justice Brett Kavanaugh and, according to Luck in an October 31st email, “The attachment in question was discussed in an editorial meeting and was used as an illustration to demonstrate how the media should not run stories based on anonymous tips without doing some research first to validate accusations.

That account is directly contradicted in a November 2 email from an anonymous producer as the station and goes on to list a number of instances in which Cohen allegedly insulted various staffers.

Our source indicates that the mass exodus has left the station shorthanded at critical times during the week, further demoralizing the staff that remains.