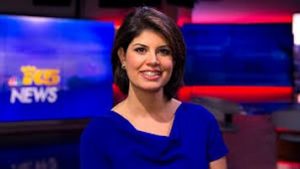 Natalie Brand, the political reporter for Tegna’s KING in Seattle for the past three and a half years, signed off Friday and is headed to Washington DC.

While her exact destination is under wraps, Brand’s oft-stated career goal was to cover politics in the nation’s capital.

Her replacement on the politics beat at KING is longtime chief reporter Chris Daniels.

He’s been a KING staple for more than two decades.