Hearst’s WVTM in Birmingham, AL is in the market for a vp/general manager. 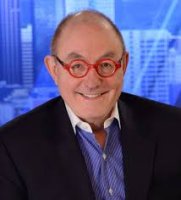 Hank Price is leaving the company after 18 years and WVTM after four in its lead chair.

Price’s tv career stretches back to the early 1970’s.

Price is headed for academia as director of leadership development at the School of Journalism and New Media at the University of Mississippi.

Before joining Hearst in 2000, Price was vice president and general manager of CBS-owned WBBM in Chicago.

Before that he was with Gannett for 12 years.