Les Moonves, the former chairman and chief executive of CBS, repeatedly lied to investigators about his behavior, according to a draft report by outside lawyers hired by CBS’s board to look into sexual misconduct allegations against him. 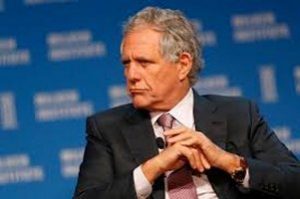 Now, there’s a lot a CEO can do and still get an out-of-court settlement and a $120 million check—like, say, harass or assault 12 women. But Les Moonves has found something that just won’t fly: misleading corporate lawyers.

The New York Times reported Wednesday that Moonves destroyed evidence of his sexual misconduct and misled attorneys hired by CBS to investigate his behavior.

The paper uncovered a draft report from the lawyers saying that, because of Moonves’ dishonesty, CBS “would have multiple bases upon which to conclude that the company was entitled to terminate Moonves for cause”—and strip him of his massive severance package.

All of this came to light in a 21,666-word draft, dated Nov. 27,  which is filled with new details about the conduct of  Moonves and others at the company.

The lawyers spoke to Moonves four times during the investigation.

One of the more interesting discoveries is the outside lawyers were told by multiple people that CBS had an employee “who was ‘on call’ to perform oral sex” on Moonves.

According to the draft report: “A number of employees were aware of this and believed that the woman was protected from discipline or termination as a result of it.”

“He never put or kept someone on the payroll for the purpose of sex. He has cooperated extensively and fully with investigators.”

A final version of the report is expected to be presented to CBS’s board next week.