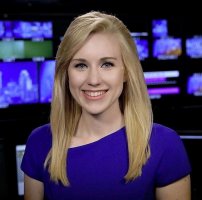 Hannah Trippett is back in her hometown of Houston, TX following a short time at the beach after leaving  Sinclair San Antonio dupoly WOAI/KABB last August.

As she announced on her Facebook page, Trippett is now a traffic reporter on Tribune’s “Morning Dose” on KIAH.
“I’m fulfilling a dream I didn’t know I had when I first started in the TV business! I’ve covered sports for the last five years, but now it’s time for a little bit of change!”

She spent two years in San Antonio and before that, worked in Dothan, AL.