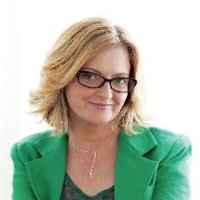 Elizabeth Turner will be joining the “The CBS Evening News” as a senior producer, effective Jan. 14.

Her new role puts her in the control room during the nightly newscast.

Turner joined CBS News in 2013, beginning with roles at “CBS This Morning”, most recently as a senior producer launching and senior producing pieces daily.

Prior to her arrival at CBS News, Turner worked at WSB in Atlanta, KTVN in Reno and WPEC in West Palm Beach.