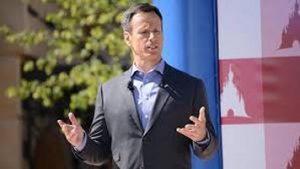 Staggs left Disney two years ago when it became pretty clear Bob Iger didn’t look on him favorably as his successor as COO.

Not that Staggs is jumping at the hints coming from CBS sources.

He’s one of about ten candidates for the job, but he is said to be at the top of the list.

The uncertainty over the possible corporate remarriage of CBS and Viacom is one source of hesitation.

Who wants to take a job that has every chance of being obliterated due to Shari Redstone’s dream of a reunited CBS-Viacom?