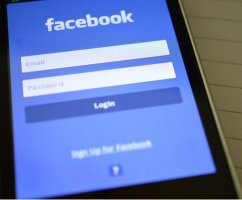 Are you working in one of the 400+ cities where Facebook has launched its “Today In…” aggregator?

And if you are, how’s that working out for you and your news operation?

And how much is Facebook paying you for the privilege of retransmitting your material?

And finally, if you are indeed playing with Facebook, how comfortable are you that your material won’t be mixed in with news from questionable sources?

We recently took a look at Facebook’s exploitation of local news sources, especially those whose executives are fine with allowing their content on Facebook while they cross their fingers and hope to draw more viewers to the tv screen from the social media platform.

We’re so old, we remember when local television stations freely allowed cable companies to rebroadcast their signal without charge.

It didn’t take too many years for station owners to realize they were frogs in a pan of water slowly coming to a boil as cable companies cleaned up while bringing in new competitors – for viewers and for local ad $$$.

And now, we have a similar situation with “Today In” on Facebook, already in 400 cities and not yet a year old.

The water is coming to a boil faster.

Even as station owners must consider social media in their plans – especially where the millennial audience is concerned, it is imperative to keep control of content and reap some direct financial reward out of it.

Right now, Facebook is getting a free ride. And while, at the moment, “Today In” has no commercial content, be assured that won’t last forever.

And what about the dangers of your real news getting mixed up with dubiously-sourced material – a long standing Facebook problem?

“We have a number of misinformation filters in place to ensure that fake news and clickbait does not surface on Today In. We also provide people the ability to report suspicious content on Facebook and within Today In specifically” a Facebook spokesperson claims.

“The misinformation filters are the same across Facebook that we’ve previously talked about – downranking clickbait, ratings from third-party fact checkers”

However, “the content in the surface is pulled by algorithm”, so there’s always a chance that problematic content slips through.

Programming that has proven remarkably unreliable in the recent past.