With the New Year, comes a sense of renewal, refreshment and revival. 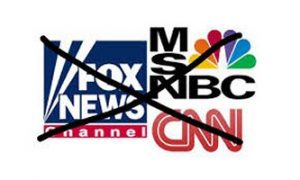 The awfulness of the 24/7 networks rivals some of the excesses we endure at the local level with the added insult of a national audience being subjected to this nonsense.

So we think we might try an occasional roundup of the worst we’ve seen of cable news – all of it.

Four days into the New year and we already are inundated with swill.

CNN’s Alisyn Camerota, denials notwithstanding, made it all about her and CNN when interviewing the brother of Paul Whelan, the American currently being held on spy charges –probably as the result of Russian pique over the jailing of NRA sweetheart Maria Butina

Camerota wanted to know about a social media account Paul had on a Russian website, which he used to trash CNN as “fake news.”

Our question is ”Why?”

Does the question shed any light whatsoever on Whelan’s status and the legitimacy of the Russian charges against him?

Over at MSNBC’s “Morning Joe”, we were treated to a supercut of Mr. Trump repeatedly boasting that he would build a “great, great wall” made out of “hardened concrete” that would go up “like magic.”

Time-killer and an attempt at comedy.

The hand-wringing over his infantile tweets and repeated sketch-comedy-like attempts at belittling Mr. Trump have become staples at MSNBC.

C’mon guys, the target is way too easy and you are repeating yourselves.

And then there is Fox News…

Where Fox contributor Star Parker delivered a string of stereotypical charges designed to warm the heart of the “typical” Fox News viewer – especially the “Fox and Friends” audience.

Her target – recipients of SNAP benefits.

Then pick up a couple of newspapers and cleanse with the BBC or NPR.