Scripps’ WKBW in Buffalo kicked off the New Year with a realignment of its noon newscast. 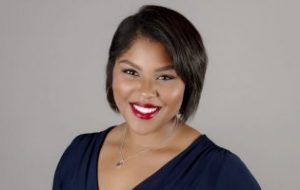 After only six months at the station, Madison Carter has taken the helm of the program.

Carter, who came to the station from Waterman’s WVIR in Charlottesville, VA just last summer, replaces veteran Keith Radford who’s gone to part-time status after 31 years at the station.

He announced his intention last summer, saying he plans to stick around for a year or two at the station’s request.

It’s nice to be wanted.