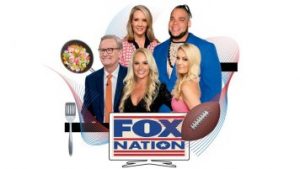 The “Baltimore Sun’s” David Zurawik recently took a trip to “Fox Nation”, the streaming service recently launched for folks who are offended by the presence of Shep Smith, Juan Williams and Chris Wallace on Fox News Channel.

On Monday, my first day in Fox Nation, even I was surprised by the one-sided crush of pro-Trump, anti-Democrats-in-Congress messaging on the government shutdown and border wall, as well as the bare-knuckled attempts to stir the pots of racial tensions and religious differences.

And these are not minor themes or an occasional tone. From Diamond and Silk demanding the “Democrat rats” in Congress “do their jobs” and give Trump his wall, to a bellicose Tomi Lahren denigrating Black Lives Matter, this was red-meat, right-wing rabble-rousing too raw even for Fox News.

We’ve been reporting for months that Fox intended to make its cable outlet look reasonably normal next to its new pay-to-play ($5.99/month) service.

And really, David, you’re surprised at the proudly-displayed ignorance of Tomi Lahren?

She’s the star of this circus. Blonder than Fox blonde.

And then, there’s Diamond and Silk, the YouTube stars who are weekly contributors to Fox Nation. The duo (Ineitha Lynnette Hardaway and Herneitha Rochelle Richardson) started the New Year off by blasting Congressional Democrats for “playing games” instead of giving Trump $5.7 billion to build his wall.

One of the most pointed critiques of their commentary came from Jemele Hill, columnist for The Atlantic, who wrote on Twitter, “What in the Step It and Fetch It is this?” 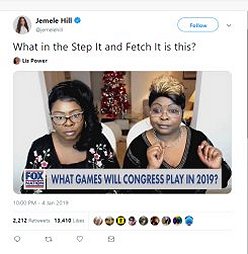 Hill said it so we didn’t have to.

As a business model, Fox Nation makes sense. Virtually everyone in news and information media wants a subscription-based digital platform. The prospects for survival without one do not look good, though television has been outperforming the dinosaur characterization put on it by many analysts for about three decades now and is still the principal storyteller of American life.

But if you get your money from subscriptions rather than ads, you are not so vulnerable to the kinds of advertiser boycotts Fox has faced with star performers like Bill O’Reilly, Glenn Beck, Ingraham and Carlson in recent years. Maybe that’s why Fox has come to this model ahead of CNN and MSNBC.