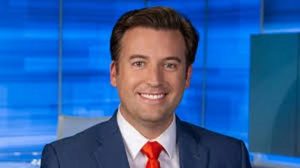 KSBY anchor Scott Daniels is asking Twitter to help him find a new job that, maybe, doesn’t have such punishing hours.

He’s leaving the Cordillera station in San Luis Obispo, CA station at the end of his three-year contract.

“Twitter Family I need your help!❤️ I’m quitting my job next month and want to get with a TV news station that can properly use my skills. You already know that no one in this industry can do what I can do,” he said.

A bit full of himself but we’ll chalk that up to his long hours and a touch of hysteria.

Daniels anchors the morning, noon and 5 p.m. show for the station.

And we have to agree that is a totally BS schedule, but oh, so typical of the penny-pinching ways for far too many television owners these days. (Are you listening, Gray, Sinclair, Tegna????)

“The split shift of working 3 a.m. until 5:30 p.m. has been tiring, so I’m pursuing other anchor jobs in the industry,” Daniels said to a local reporter.

There’s always…well we were about to suggest some federal job, but that’s out of the question these days.