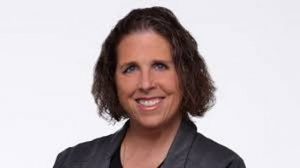 Ro Coppola is the new Director of Digital and Enterprise Content at Graham Media’s WDIV in Detroit, MI.

For the past 14 years, she’s been the station’s Executive Producer of Special Projects.

Coppola has spent her entire tv news career at the station, starting out as a production assistant.

She’ll work with the station’s editorial, marketing and sales staff to achieve ambitious goals for the company’s properties while supervising the station’s multiplatform expansion of content and distribution across broadcast, desktop, mobile, and over-the-top, it says here.

In non-corporatese English, she’s gonna help figure out how to monetize the crap out of this stuff.

At the same time, the station has promoted Jennifer Wallace, its dayside executive producer to assistant news director.

She’ll still manage producers, writers and talent as well as manage daily news content in addition to special coverage of major news events, but with other duties piled on.