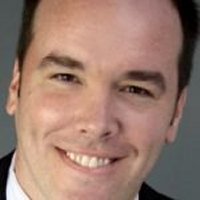 Mike Lorber, the veteran flying traffic reporter for NBC-owned WMAQ in Chicago, is expected to be back up in the sky soon.

He’s been grounded since his old employer, United States Traffic Network, went out of business in December.

Now, under a new agreement about to be finalized with Total Traffic and Weather Network, Lorber is expected to resume his reports from the Sky 5 helicopter for MAQ’s daily newscasts.