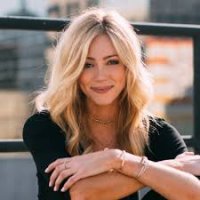 One-time sports reporter Abby Hornacek has signed up as a travel and lifestyle host on its subscription-based streaming service, Fox Nation.

She’ll first pop up on Super Bowl Sunday as host of a promotional special “Fox Nation: In Depth,” (an oxymoronic title if ever there was one) which will air during halftime of the Big Game.

The special will promote Fox Nation to absolutely no one’s surprise.

Once past that, Hornacek, a former ESPNer and Fox Sports sideline reporter, will host two new shows: One will be travel-focused and one of those “behind the scenes” looks at national landmarks.

And, just what you have been pining for, she’ll also host a “ride to work” series, where she will pick up various Fox Nation personalities and interview them during their commutes to work.

If the last name sounds familiar, she is the daughter of Utah Jazz legend and former New York Knicks head coach, Jeff Hornacek.