Lately, cable news networks seem to be snapping up washed-up politicians as bloviators faster than K Street can recruit them to subvert the public will by distributing cash on Capitol Hill. 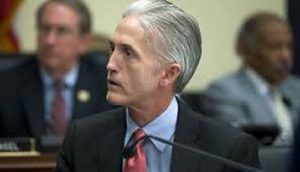 Former South Carolina Republican congressman Trey Gowdy, known as much for his bad hair as for his failed, yet incredibly expensive, efforts to nail Hillary Clinton over Benghazi and e-mail servers, is the latest.

He’ll be a contributor to Fox News during its daytime news programming and night-time entertainment block.

Gowdy will also join a roster of other politicians turned cable gasbags.

Somewhere, they might even insert some honest-to-god news amidst the puffed-up punditry.