And Tegna loses another vet. 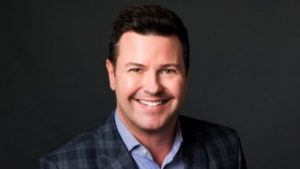 This time it’s Ron Corning, who’s been a mainstay as “Daybreak” anchor at Tegna’s WFAA since 2011.

While he evidently doesn’t know where the hell he will end up, Corning is leaving the station at a yet-to-be determined date in the near future.

But rest-assured, the ad for a new morning anchor is going up according to executive news director Carolyn Mungo.

Corning, according to Dallas media blogger Uncle Barky, said that WFAA8 had offered him a new contract after he auditioned among other in-house and outside candidates for a 10 p.m. co-anchor position that eventually went to Chris Lawrence, who was announced in November as John McCaa’s successor.

But he hooked up with an agent who dangled the lucrative nature of free agency in front of him.

Corning said, “So I decided to take a leap of faith and give myself the benefit of time because I do have other goals I want to achieve and other experiences I want to have . . . Call me in a year and I’ll tell you if I’ve made a mistake.”

See you down the road…wherever…