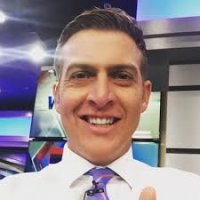 WDAF has had a hole in its weather staff following the buyout of Mike Thompson last year.

Frank will do weekends with his start date still to be announced.

But he’s saying goodbye in Grand Rapids and is down to his last few days.

You may remember Frank’s viral rant last April when he had finally had it uptohere with people –including his co-anchors, beefing at him about the lousy spring weather.