It hasn’t been up and running for six months but NBC News’ streaming service has already undergone a name change. 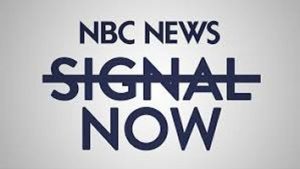 Maybe because the name became available when the late “ABC News Now” folded up its tent.

“We will be doing original work that will be specific for the streaming service, we will be drawing from the reporting that takes place across all the other NBC News properties. We will actually be reaching into other corners of NBCUniversal, E! News, sports, you name it, for some of that content. People’s consumption habits are changing rapidly and it’s not limited to just young people.”

With a 24/7 cable network, CNBC and a Snapchat platform already in operation, is this necessary?

“There is the Gen-Z generation that we are successfully reaching with our Snapchat show Stay Tuned, and another that we have been successfully reaching for decades with NBC News and MSNBC, which are baby boomers and older Gen-X,” NBC News Group svp of digital Nick Ascheim said. “But there’s also this ‘in-between’ group of 25-45 year olds that are not being well-served by us or our competitors with always-on video news.”

And a whole new platform for ads.