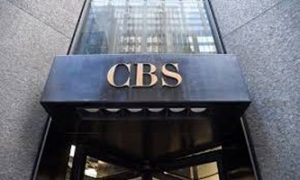 At CBS these days, the game is “Who’s In, Who’s Out” as the front office continues to talk about the need, the critical, essential, life-saving NEED to cut $100 million in expenses.

We’ll say it right up front – not a penny of executive compensation will be touched.

And whatever the cuts may be, they will most certainly happen at every level – from the corporate offices down to the local television operations.

“We are reorganizing and thinking about functions that go across multiple divisions,” interim CEO Joe Ianniello told analysts at Deutsche Bank Media and Telecom conference in Palm Beach, Fla. “We expect to … get $100 million in cost savings.”

So, as Gayle King looks to try and double her salary from its current $6 million (Thanks, R. Kelly!), the question is, who or what is on the chopping block?

Both “CBS This Morning” and the “CBS News Tonight” are suffering from ratings anemia.

Which would lead one to believe that everyone’s job (King’s excluded) is up for grabs.

But if CBS News President Susan Zirinsky follows through on a widely-reported notion to move Norah O’Donnell to the evening news slot, you had better believe that O’Donnell is going to be looking for a salary bump.

Outside talent such as Ann Curry and Ashleigh Banfield are apparently in the wings, waiting for their shot.

And the network still have to find a permanent replacement for former CEO Les Moonves.