Viewers of Tegna’s KGW newscasts in Portland, OR are seeing familiar faces in new places, as well as noting a few new additions. 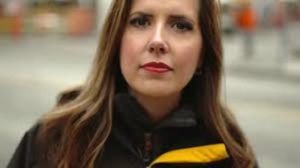 Filling Mehlhaf’s weekend evening anchor spot will be Maggie Vespa, a reporter who had previously been anchor of the weekend morning news on KGW.

And filling Vespa’s role as the weekend morning anchor will be the recently hired Brittany Falkers who, as we reported to you awhile back, was headed west from Green Bay, WI.