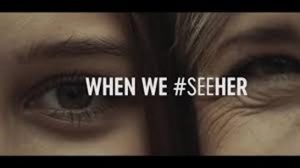 Our Wednesday story on the #SeeHer initiative and Meredith Corporation’s involvement in it left the impression that the lawsuit brought by former KCTV anchor Karen Fuller was still pending.

In fact, Fuller and the company settled her case in December, after Meredith failed to gain a dismissal.

In fact, we reported on that settlement at the time.

In the deadline rush, we brain-cramped. We apologize