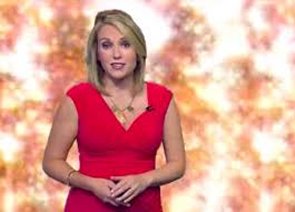 After a decade in the Hartford, CT. station’s weather trenches, WTIC meteorologist Rachel Frank has been promoted to the chief position.

All involved are thrilled

“Rachel Frank is one of the top meteorologists in the country,” said Liz Grey Godbout, vice president of news for the Tribune station. “She is an excellent forecaster, communicator and leader, and she has served the Connecticut audience with distinction for more than a decade. We are thrilled to name her Chief Meteorologist and look forward to her continued successes and achievements in the future.”

A year ago, we reported to you on the hiring of Rachel Piscitelli as the station’s weekend meteorologist.

We can never pass that up.

Frank also worked in Erie and Allentown PA before landing in Connecticut.