Gray’s KGNS in Laredo Texas, might be an NBC/ABC affiliate, but it is also aware of its large Hispanic audience. 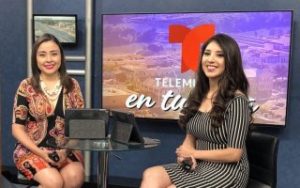 With that in mind, the station’s Telemundo sub-channel expanded its Spanish-language news coverage with two daily newscasts.