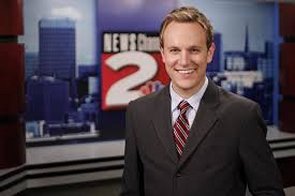 It’s home but not for long as Don Shipman weighs his anchor gig at Heartland Media’s WKTV in Utica, NY and heads for Springfield, MA.

He spent 15 years at the station, starting out as a producer and moving up through the ranks to the main evening anchor slot.
“Don’s been an integral part of the success here at NEWSChannel 2, and certainly left his mark on the station,” station Vice President/General Manager Steve McMurray said. “With his diverse skill set, talent, and commitment to our viewers, he’s certainly going to be missed. We wish him the best as he continues his broadcast journalism career.”

The career continuation comes in Springfield, MA where Shipman will be an investigative reporter and anchor.

Shipman told viewers in his on air announcement that his husband accepted a job in Boston.

His last day will be April 17.