The drama at CBS News is only going to increase in coming weeks at new boss Susan Zirinsky puts her stamp on the organization. 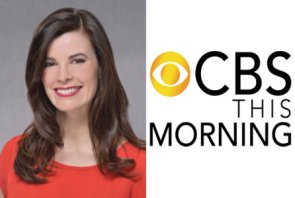 The latest move comes behind the scenes with the naming of Diana Miller as the new executive producer of “CBS This Morning.”

She’s been the program’s senior broadcast producer since 2014. 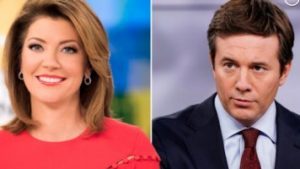 And now it is Norah O’Donnell’s turn in the hot seat. In the barrel. In the target sights.

We have heard from more than a few CBS Newsers in recent weeks, who are fervent NewsBluesers as well that Jeff Glor has been a non-starter as “Evening News” anchor.

And for many, his appointment to the job was a head-scratcher from day one.

And many of them seem to be in O’Donnell’s corner, cheering her on.

Ever since Zirinsky took over, the volume has steadily increased that O’Donnell was in line to take over the “Evening News” slot..

All of this has been without a peep from the Glor camp.

The British (!?) “Daily Mail” breathlessly headlines:
EXCLUSIVE: ‘Subtlety is not her middle name.’ Norah O’Donnell is trying to seize the CBS Evening News anchor job from Jeff Glor, as staffers blast her ‘giant ego’ and climate of fear she creates at This Morning

The Radar-like article (not a compliment) goes on to share one blind quote around with the piece is based.
‘If she does get the job you are talking about a lot of people who will potentially have their personal and professional lives thrown upside down,’ a former colleague told DailyMail.com.

‘All that just to accommodate Norah – and her giant ego.’

Over the past year, we have heard from a number of CBS News staffers unhappy with the Glor stewardship who all seem to focus on O’Donnell as the cure.

And was anybody really surprised when it was solemnly announced this week on “CBS This Morning” (and on her twitter feed, of course) that third wheel Bianna Golodryga was leaving the network after she was informed she was off the program?

She had it in her contract that, by god, she sat in an anchor chair or she would sit nowhere at West 57th.

No doubt a daytime talk show awaits. Somewhere.In the meantime, the network is still thisclose to locking up Gayle King for “CBS This Morning.”