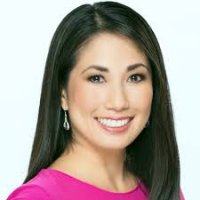 After 15 years, anchor Marisa Yamane is dropping out of the tv news grind.

Yamane has been a mainstay at Nexstar’s KHON since 2004, but after she signs off at the beginning of the May sweeps period, she;s headed for another industry.

Yamane will become director of communications and public relations for the Hawaii Tourism Authority.

She’s a little coy about her reasons for leaving the 5, 7 (seen on KHII) and 10 PM newscasts produced by KHON.
“The newspaper business, the TV business — it’s all rapidly changing. I never, ever thought I’d get out of the news business, but I think it’s a good time. It’s a good move,” said Yamane, who aspired to be a journalist after Hurricane Iniki hit Hawaii in 1992. “I’ve wanted to do this since I was in the 7th grade — become a journalist. I’ve essentially reached my goal at KHON. On to new goals.”