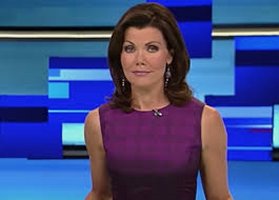 Laurie Jennings is stepping away from the WPLG anchor desk after close to 20 years.

But not before the news and promo departments of the Graham Media station in Miami get to exploit it for one last sweeps period.

They’ve promised as much

Jennings, who ranks as one of the senior news anchors in South Florida, is getting out of her contract early to – everybody, join in – spend time with her twin boys over the summer, as well as with her aging parents.

And while Jennings is leaving the daily grind of local news, don’t think for a minute you will see the last of her in May.

“I’m really excited for some new TV projects and opportunities that are close to my heart and will allow for some flexibility.” Laurie says. “That just isn’t a reality when you’re on the anchor desk at 4, 5, 6 and 11 every weeknight.”

We expect that announcement will come at the END of the May sweeps – just to keep you interested.