Georgia Engel, who played the charmingly innocent, small-voiced Georgette on “The Mary Tyler Moore Show” and amassed a string of other TV and stage credits, has died. She was 70. 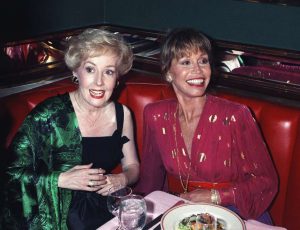 The cause of death was unknown because she was a Christian Scientist and didn’t see doctors, Quilty said Monday.

Engel was best known for her role as Georgette on “The Mary Tyler Moore Show,” the character who was improbably destined to marry pompous anchorman Ted Baxter, played by Ted Knight.

She was “the sweetest, kindest, dearest woman. And crazy talented. I will miss her,” Valerie Bertinelli, who starred in “Hot in Cleveland,” said in a Twitter post.

Georgia Bright Engel was born in July 1948 in Washington, D.C., to parents Benjamin, a Coast Guard officer, and Ruth Engel. She studied theater at the University of Hawaii.

Her prolific career included guest appearances on a variety of series, including “The Love Boat,” ”Fantasy Island,” ”Coach” and “Two and a Half Men.” Her “Hot in Cleveland” role reunited her with Betty White, her co-star in “The Mary Tyler Moore Show” (1972-77) and “The Betty White Show” (1977-78).

Engel appeared on Broadway in plays and musicals including “Hello, Dolly!”, “The Boys from Syracuse” and, most recently, “The Drowsey Chaperone” in 2006-07. She starred in an off-Broadway production of “Uncle Vanya” in 2012.