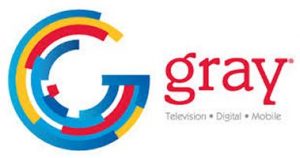 Some Casper viewers vented their confusion and frustration on Facebook group ‘Casper Business Rants and Raves.’

“We have this potential big snowstorm heading to Casper and this morning you are showing Cheyenne weather,” said one post.

“They announced the anchors were leaving during yesterday’s show…. I thought they were going to be replaced,” read another post.

The change was first reported by the Casper Star-Tribune in January.

KCWY general manager Jim Beck told the Star-Tribune they would “make every effort to offer impacted employees new positions in Gray stations in larger markets across the country.”

At least one former Casper KCWY newscaster is now in Cheyenne.

Broadcast industry trade publication TVNewsCheck reported that Gray blames the cutback on a Department of Justice decision to block its planned acquisition of Casper’s KGWC (CBS).

“As we told DOJ, unless we acquire the CBS affiliation and thereby trigger a second re-transmission revenue stream to offset our losses, we would be forced to eliminate most local news in Casper,” said Gray Television.

KCWY reportedly had a staff of 15 producing local news. That has been cut to four.

They air specific “market-focused” newscasts in Casper at 5 p.m.